What’s missing from the centre of this diagram? What is the one key that opens every door you’ll ever want to open? 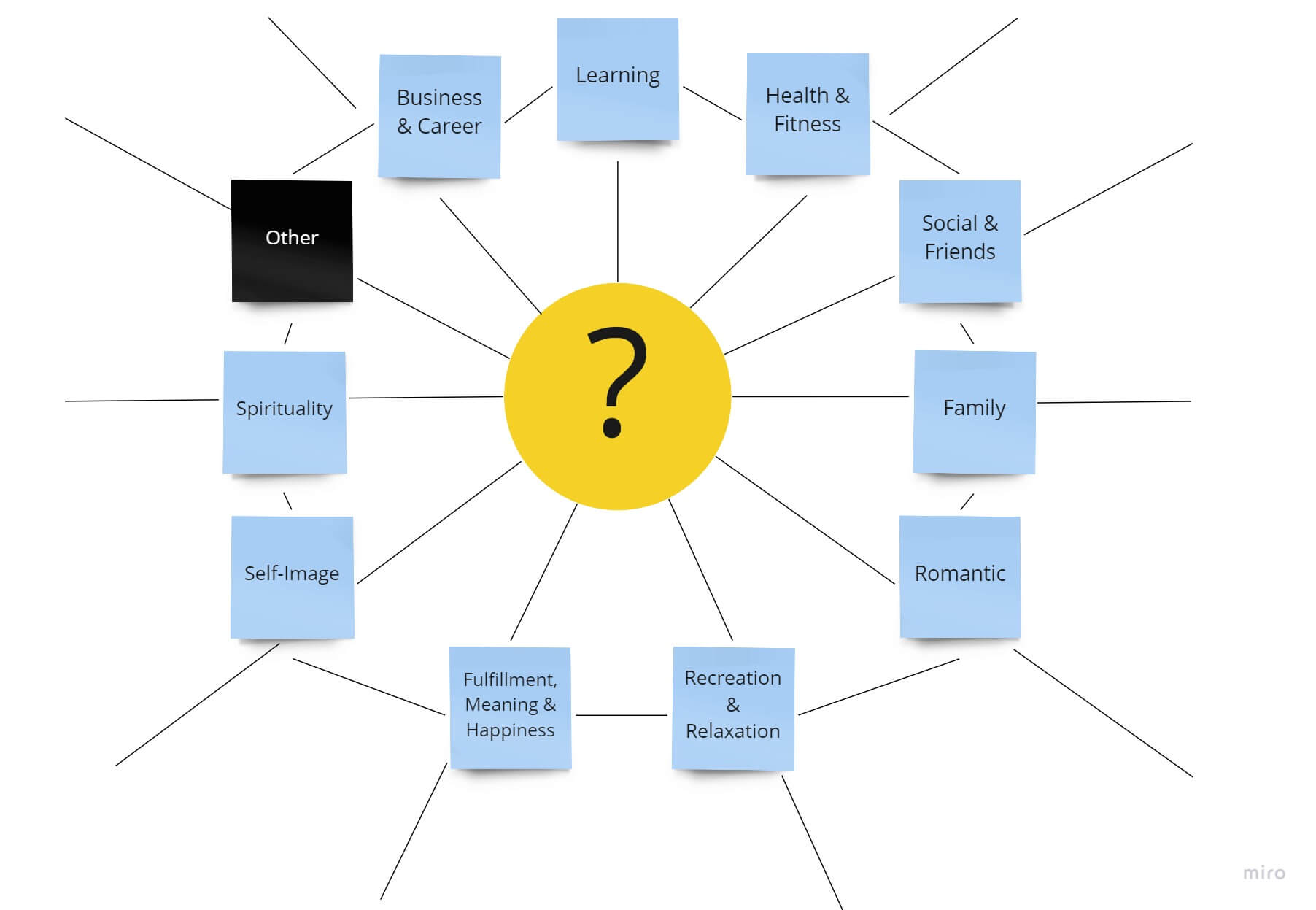 What on earth could possibly make us better at business and work, whilst also helping us with health and fitness, plus our relationships?

What is this magical panacea?

I’ve alluded to this magical key in many of our frameworks we discuss here… it’s manifested in the Minimum Viable Lifestyle, in Astro the Dog, in An Audience-of-None, and Without-The-Box Thinking for example.

When I talk about my time working on the nonprofit From the Ground Up, which was based in Nepal, this thing became the biggest personal gift I received from the experience. Realising what it was has given me a lot more power to get more out of life too.

It is perhaps no coincidence as well that my favourite book, which is by Anthony de Mello, is called Awareness.

The answer is Self-Awareness.

This is the key that opens every door you’ll ever want to open. 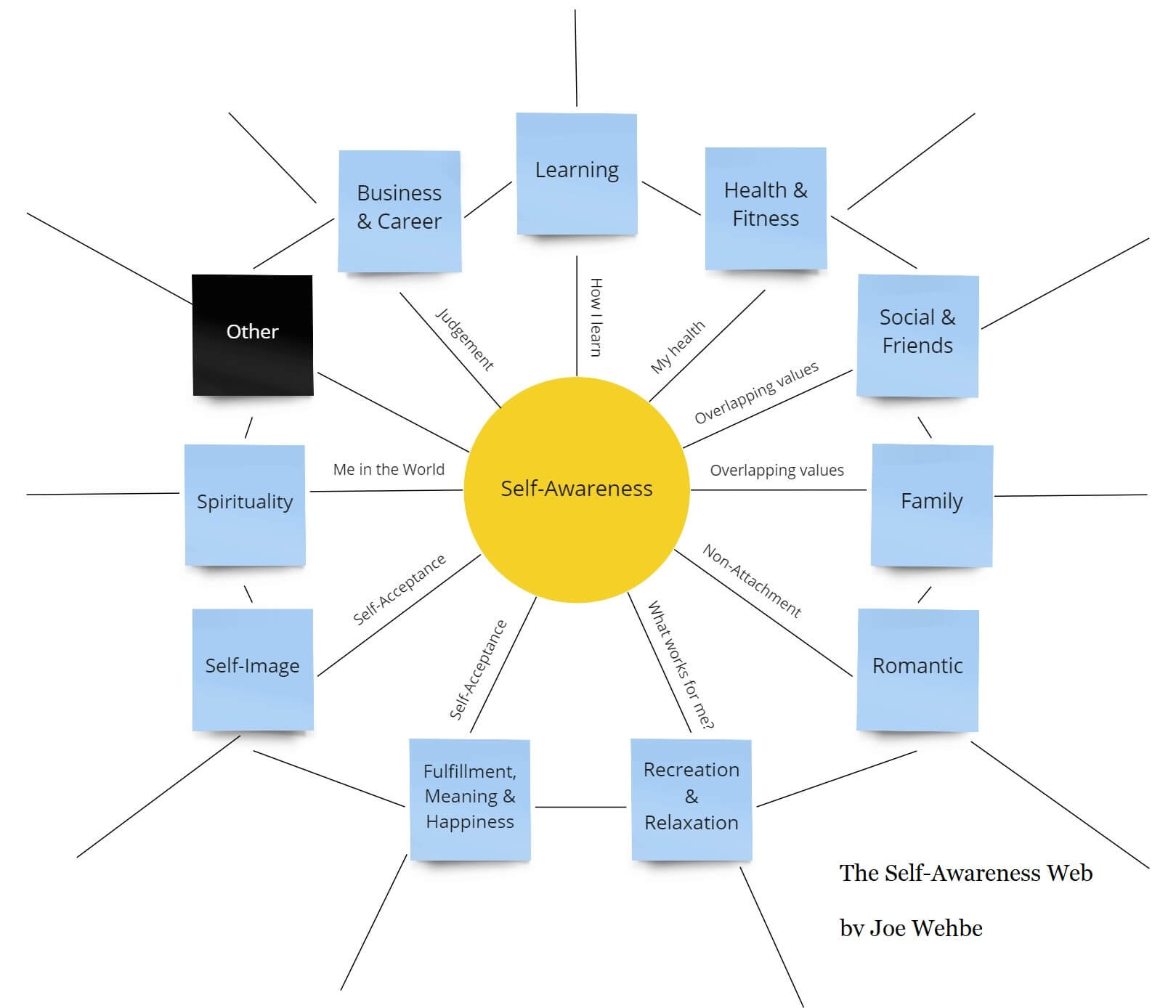 The concept behind this web is that any desirable ‘surface level’ ability (the outer ring) or domain of life is actually most powerfully worked on by developing self-awareness and a sense of clarity first.

Example: How does self-awareness relate to business?

I listed ‘judgement’ on the diagram as just one example of how deep self-awareness relates to business, and I recommend observation of both Charlie Munger and Naval Ravikant on this topic.

Ravikant, the ‘philosophical investor’ points out that good judgement creates the most leverage in business. People like Munger and Buffett can make lots of money (and whatever else is important) by having good judgement about where to put capital, and not have to rely on charging out their time or coordinating large groups of people.

So where does good judgement come from?

The approach of Munger and Buffett to investing is often described by Munger as being much more philosophical than it is mathematical. Picking companies to buy and investment in is a big judgement call and not an exact science.

One thing that is crucial to good judgement of course is an unemotional approach. Good judgement is logical and rational in nature – and so self-awareness, in revealing our emotional and cognitive biases to us, permits better judgement.

The masters of wisdom don’t read only in their subject domain.

What does that mean? It means that great investors don’t focus on read investing books (See Without-the-Box Thinking and are you a Reinaissance person for examples).

You’ll notice that Munger reads a lot on history and Ravikant reads a lot of philosophy and foundational texts… ideas that give a broader perspective, not just the perspective from within the domain.

History and philosophy help to develop an understanding of how things work and how they’ve come to be, which enables a more objective style of judgement.

Self-awareness also helps us identify our core strengths and weaknesses. Once we clarify these, we can work around weaknesses and double down on our strengths.

Howard Hughes Jnr. who was a business magnate, pilot and filmmaker is dissected in Robert Greene’s book The Laws of Human Nature. A controversial figure, who was played by Leonardo Di Caprio in a 2004 biopic film on his life (The Aviator), much of Hughes’ later decline in business came from poor judgement, an inability to understand his own strengths, weaknesses and limitations.

In one example he lost $90 million over a helicopter contract in the Vietnam war, failing to learn from previous business failings. Greene notes in his account on Hughes in The Laws of Human Nature that Hughes’ problematic childhood and psychological kinks inhibited his decision-making.

“Over the years, the only parts of his empire that ran substantial profits were the tool

company and an earlier version of Hughes Aircraft that he had spun out of the tool company. For various reasons, both of these businesses were run completely independently of Hughes; he had no input on their operations.”

If he’d had a greater sense of self-awareness and less of an ego, he would have realised that the parts of his empire that were actually viable were those that didn’t involve him. He might have focused more on his strengths as a pilot than trying to do it all and eventually burning out.

There is an entire series of my podcast episodes and blog articles devoted to how we are wired as people, and the fundamentals of building meaning.

One of the greatest tragedies of our modern era is that for all our social and technological advancements we search for happiness, fulfillment and meaning in all the wrong places.

Places where we will never find them.

Not many people are aware of the Happiness Curve or the Expectations Gap for example. They’re not aware of the Pleasure Treadmill and why the things they expect to make them feel good don’t last.

Understanding these phenomena and the independent effect of time on happiness gives us the tools to focus on appreciation instead of aspiration in our lives, as an easy path to happiness.

This idea is so simple that it seems farcical. The truth is that we believe we will feel fulfilled by doing or achieving things, when really this inner peace will come from knowing ourselves better.

We could go on…

We could go on and discuss each vertical of this web, and tie back the value we get in these domains from the one gift and master-ability of self-awareness.

From dating and romantic relationships, where I must cite the works of Anthony de Mello (Awareness and The Way to Love in particular) which drives non-attachment and contact with reality.

To how individual each of our health and relationship journeys are. Self-awareness is at the centre.

Having a deeper awareness of self provides clarity over what is important and worth learning to us, as well as how we learn more effectively. For those of us who wish to learn aggressively, understanding how to learn is a pretty useful first step!

Each of us are individuals. Without being an expert in this area, I cannot neglect its importance in life, and the common consensus is that everyone’s health and fitness needs are different.

Self-awareness helps us identify and focus on what works for us in particular – no one is better positioned to explore ourselves as we are!

As one idea that covers many of the outer layers of this web, self-acceptance is a very powerful and necessary journey to go through in our lives.

Trying to explain its importance is probably comparable to explaining music to a deaf person, or colour to a blind person. Words are not the tool to explain this. 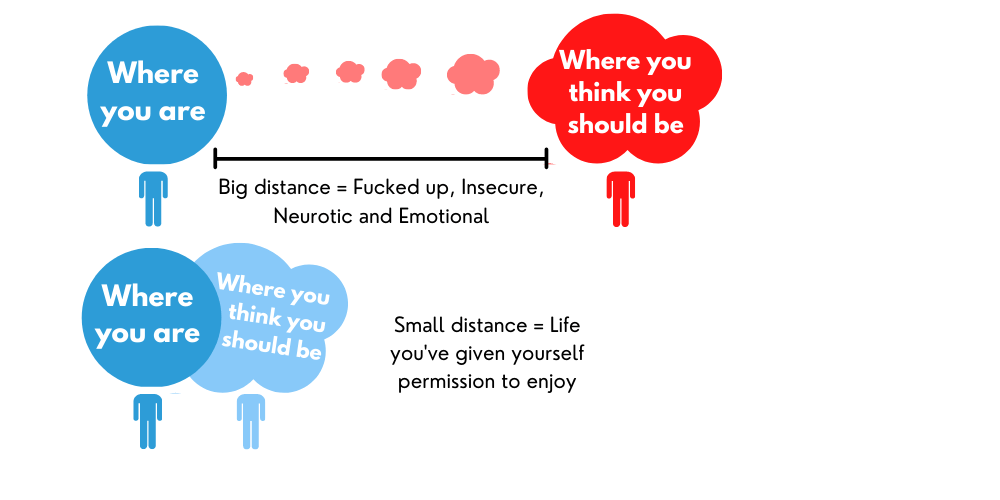 We don’t have to get better at each of these things in isolation.

Rather, we can focus on the centre of the web, on self-awareness, as a way to bolster them all. The reason self-awareness is always so powerful is because it promotes clarity. And clarity is the precursor to a journey that has direction, as well as a decision that has conviction.

Succeeding on these things requires clarity much more than it requires intelligence. Clarity means knowing where we stand and where we want to go. Clarity means we have our internal voice on that matter.

And, where will you drive to if you don’t know where you are going? How will you get there?

Clarity is knowing the street and the house number. That way if your route is blocked, your GPS can calculate an alternative route to the destination.

Self-awareness involves asking not just where you’re going, but why you want to go there in the first place

Self-awareness prevents you from going on journeys that do not make sense. Self-awareness allows you to see reality, to use logical thinking, and to identify your own barriers and obstacles.

As such it is the master of all abilities, as it precedes and can foster all other abilities. No matter which rabbit hole you go down, you will find this to be true.

Who do you think of when you read this? Would this piece ‘open a door’ for someone you know? If so, remember to share it with them.

After all, the best way to open a thousand doors for you is to open doors for others.