The Monk who Burned Himself to Death

On 11th June 1963, a Buddhist Monk by the name of Thich Quang Duc did some awe-defying in protest against the persecution of Buddhists by the South Vietnamese Government.

Outside the Cambodian Embassy, he took out a cushion and placed it on the ground.

He sat on it and prayed.

Several of his colleagues covered him in gasoline, and then when he was done praying, he lit himself ablaze.

The crowd screamed in shock and horror, looking on helplessly. Pandemonium erupted from all but one person.

He did not shriek, nor gasp, nor offer as much as a shudder. He hardly moved a muscle as he burned. After about 10 minutes, he collapsed to the ground.

It’s a controversial, history-making moment. What do we take from it?

What do I take from it?

The thing I’m most blown away by is the personal mastery and self-control. How could someone opt into and remain so dignified throughout such an excruciatingly painful way to die?

The thing you control.

I wrote recently about how the one thing you always control is how you react. In my own language, we interact with an ‘outer’, material world, but our experience is an internal one – encoded in our ‘inner’ world.

The relationship between the two is tricky and intricate. We do not choose hand of cards we are dealt in life, just as we can’t control the actions of others – but we are subjected to them. They impact us. 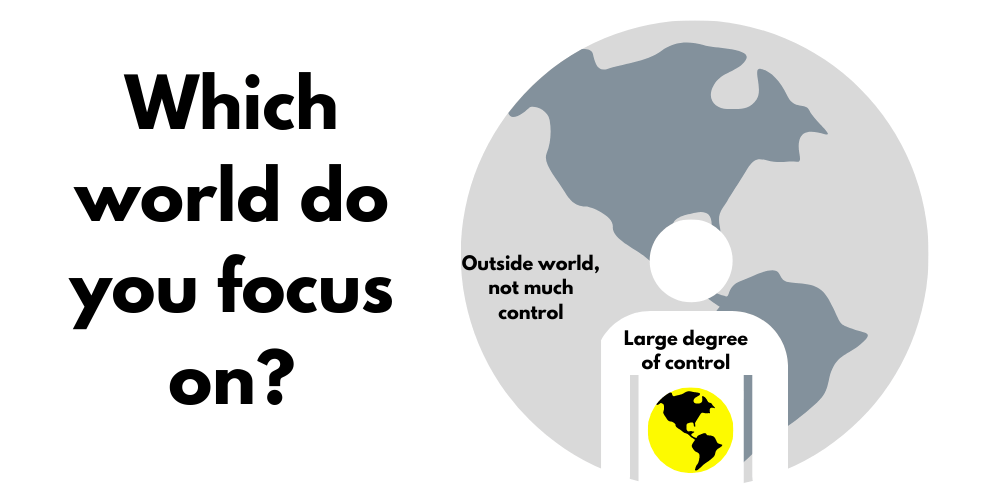 The lesson for me from the Monk who Burned Himself to Death is just how much control we can have over ourselves.

There’s a lot of outward focused people in the world – those with the need to do things and see the imprint they can have, with the desire to measure how much they can change things around them.

But what about those who focus inward? How much can we learn from them?

The ideal I find myself chasing is that state of being stoic against the tyranny and mania of the outside world – to deal swiftly with outside interruption and challenges.

To have grit. To persevere and remain on course. To be robust, if not antifragile.

The monk gives us a new idea of what’s possible for us. Of how much personal mastery we can have.