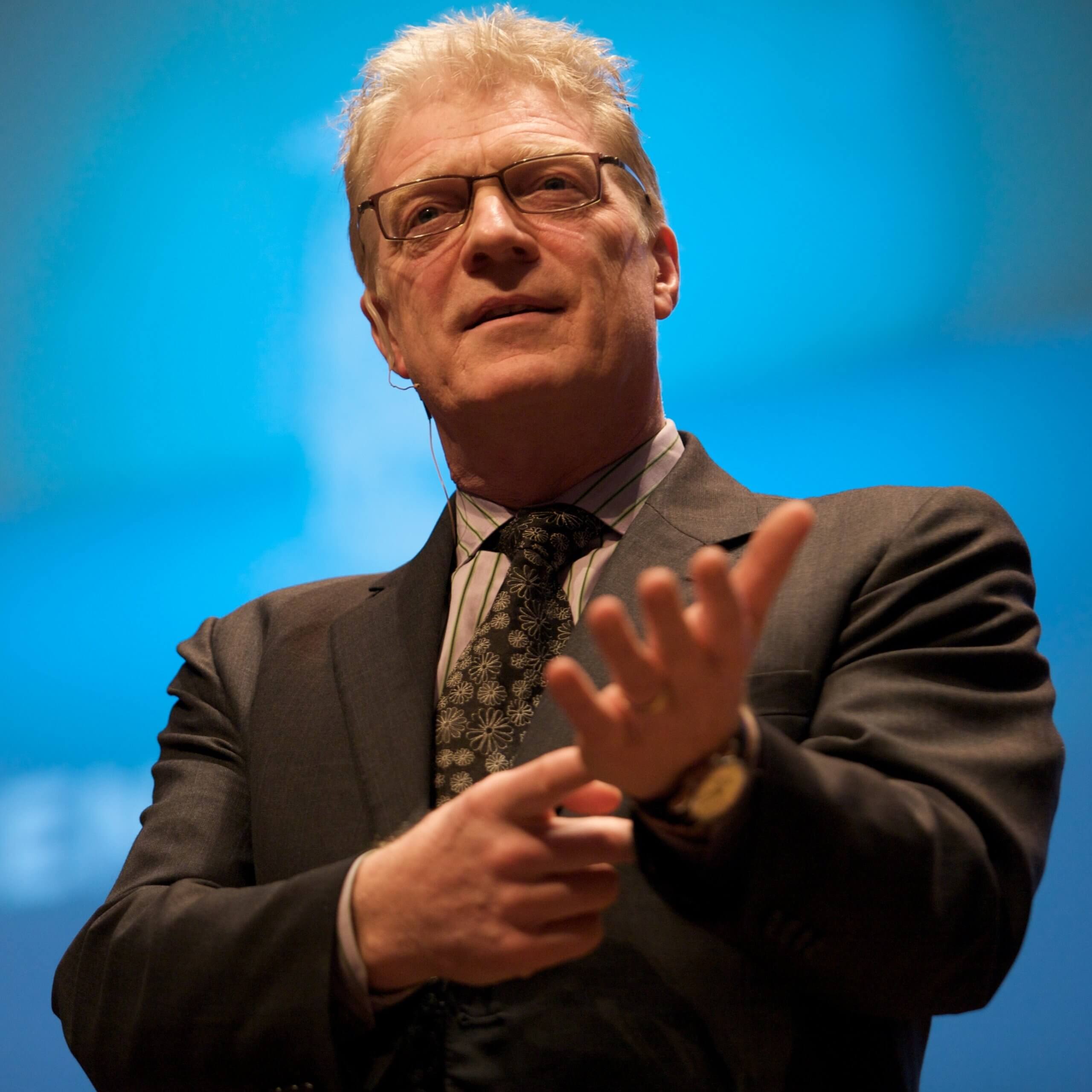 Unpacking Ken Robinson’s Book ‘Out Of Our Minds’

The man with most viewed TED Talk of all time with 72 million views! Ken Robinson is one of the people I have the most respect for — a brilliant orator who brought humor and leadership to a field that needed a lot of attention. This blog corresponds to the first half of my podcast series (go to #247) with Luke Smith unpacking his significance for our lives.

What will you get out of this series?

I thought of three main things we could get out of unpacking Ken Robinson.

2010 — Bring on the learning revolution

2013 — How to escape education’s death valley

You, Your Child, and School: Navigate Your Way to the Best Education

Finding Your Element: How to Discover Your Talents and Passions and Transform Your Life

The Element: How Finding Your Passion Changes Everything

Out of Our Minds: The Power of Being Creative

Notes from Out of Our Minds

“Life is not linear. When you follow your own true north you create new opportunities, meet different people, have different experiences and create a different life.”

“Education is not a linear process of preparation for the future: it is about cultivating the talents and sensibilities through which we can live our best lives in the present and create the best futures for us all.”

“For most people there never has been a direct, linear progression from education to planned career. Our lives are too buffeted by the currents and crosscurrents of social forces and personal impulse.”

George A. Kelly put it: “to make sense out of events we thread them through with ideas and to make sense of the ideas we must test them against events.”

Gates, jobs, Allen, Wozniak paving the way for Google etc. without being able to predict it.

“These reforms are typically stifling the very skills and qualities that are essential to meet the challenges we face: creativity, cultural understanding, communication, collaboration and problem solving”

Even successful people carry inadequacy about this.

We spend more on incarceration than we do education. Hilty, LIndsey (2009) – $9000 a year for high school education vs. $29,000 for incarceration. He also shares a story of an academy who help offenders recover through dance!

Robinson uses the example of putting the last couple of thousand years into the equivalent of an hour. It gives you perspective on just how much faster new inventions are becoming.

This is way before our current era… think about the history of education on the same timeline and it’s scary.

Education is the main reason people think they’re not creative

“ONE OF THE MAIN REASONS that so many people think they are not creative is education. Picasso once said that all children are born artists: the problem is to remain an artist as we grow up.”

How to foster creativity

Criticism too early can kill creativity.

“Some of the finest poetry is in the form of the sonnet, which has a fixed form to which the writer must submit. Japanese haiku similarly makes specific formal demands on the poet, as do many other forms of poetic structure. These do not inhibit the writer’s creativity; they set a framework for it. The creative achievement and the aesthetic pleasure lie in using standard forms to achieve unique effects and original insights.”

On multi-disciplinary and generalist approaches and reconstructing intelligence

Our current view of education is dominated by IQ and memory for factual information. There are four assumptions:

Galton’s thoughts and eugenics comes out of this outdated view of intelligence. Eugenics is ‘the selection of desired heritable characteristics in order to improve future generations’. Nazism and the ideal of the Aryan race is an example of eugenics in action, which is why Hitler and other supporters wanted to wean out Jews, homosexuals, Russians and so forth.

“Children with strong academic abilities often fail to discover their other abilities”.

We should develop the whole child

One of the main roles of teachers is to draw out the individual in every child. In this sense, education is a process of self-realization.

“EDUCATION SHOULD NOT BE KNOWLEDGE-BASED BUT CHILD-CENTRED”

Education should develop the whole child and not just their academic abilities. It should engage their feelings, physical development, moral education and creativity.

Knowledge of the self is as important as knowledge of the external world. Exploring personal feelings and values is essential and so are opportunities to exercise imagination and self-expression.

State of the World

“Standards of living are much higher than when I started out, but the quality of life is lower”

Personal development movement began in the 1940’s and mushroomed in 1960’s in America, then Europe. It came out of declining religious significance according to Carl Rogers.

There are huge costs to being cut-off from spirituality and feeling — in one Youtube video I found he references Carl Jung, who said that there was not a single patient whose ailments could not be attributed to being cut off from ‘religion’ — not so much organised religion, but spirituality, the connection to their sense of spirit.

Check out the series on Ken Robinson! Go to Episodes #247 onwards of the With Joe Wehbe Podcast.