I have the rule of thumb that when two people find a way to effectively and deeply collaborate together, they 10x or 100x their potential.

So if two people, named Angela and Andrew, each had the potential to impact 10 people with their work, working separately, the potential if they come together is not just ‘added’, but grows by a factor of 10.

For example, Separately, they impact 20 lives – Angela 10, and Andrew 10. If they work together, they don’t just impact 20 lives, or even 40 lives (doubling their impact), but I would say collectively, 200 lives. 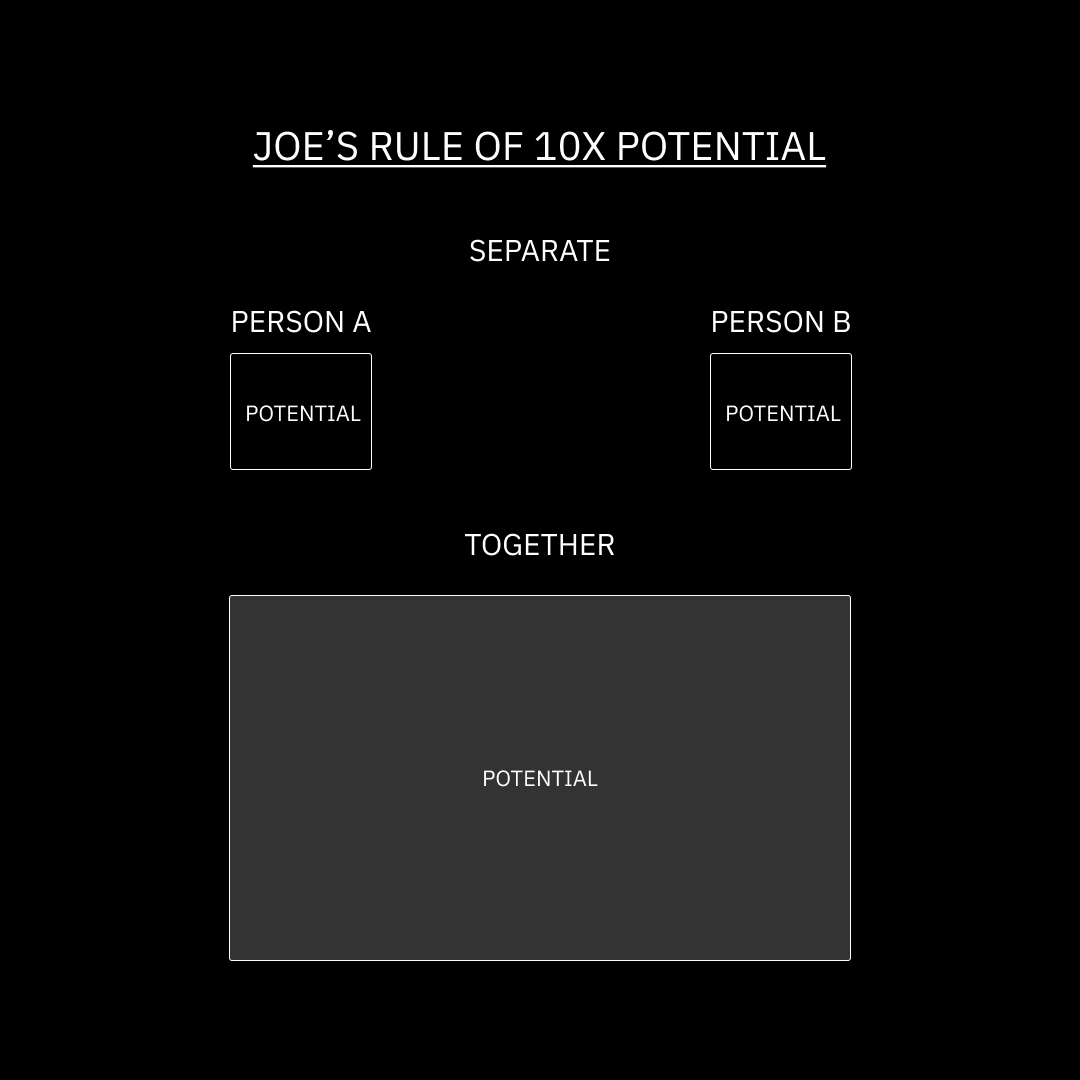 Go towards and support the people with the greatest visions

My rule-of-thumb is, I move towards and concentrate on the people with the greatest visions. Not the most famous people, the most successful people, the richest people, but the people with the greatest visions. Most of them are younger than the age of 30. They can definitely be older than 30, but that’s just the way energy and innovation works. It is youth-driven.

Now, effective collaboration requires true clarity, open-mindedness, and the ability to put one another’s needs before ‘your own’ from time-to-time… because after all, you are working towards a collective goal that is larger than any of your short-term needs (personal or business, financial or ego).

The most effective collaborators can open Doors for one another without needing an obvious, or direct short-term benefit to come back to them.

These are the people that can help you 10x them. Find them. Not easy to find are they? So you’ll need to ask this quesiton: What sort of communities are they already in? Who is cultivating them?