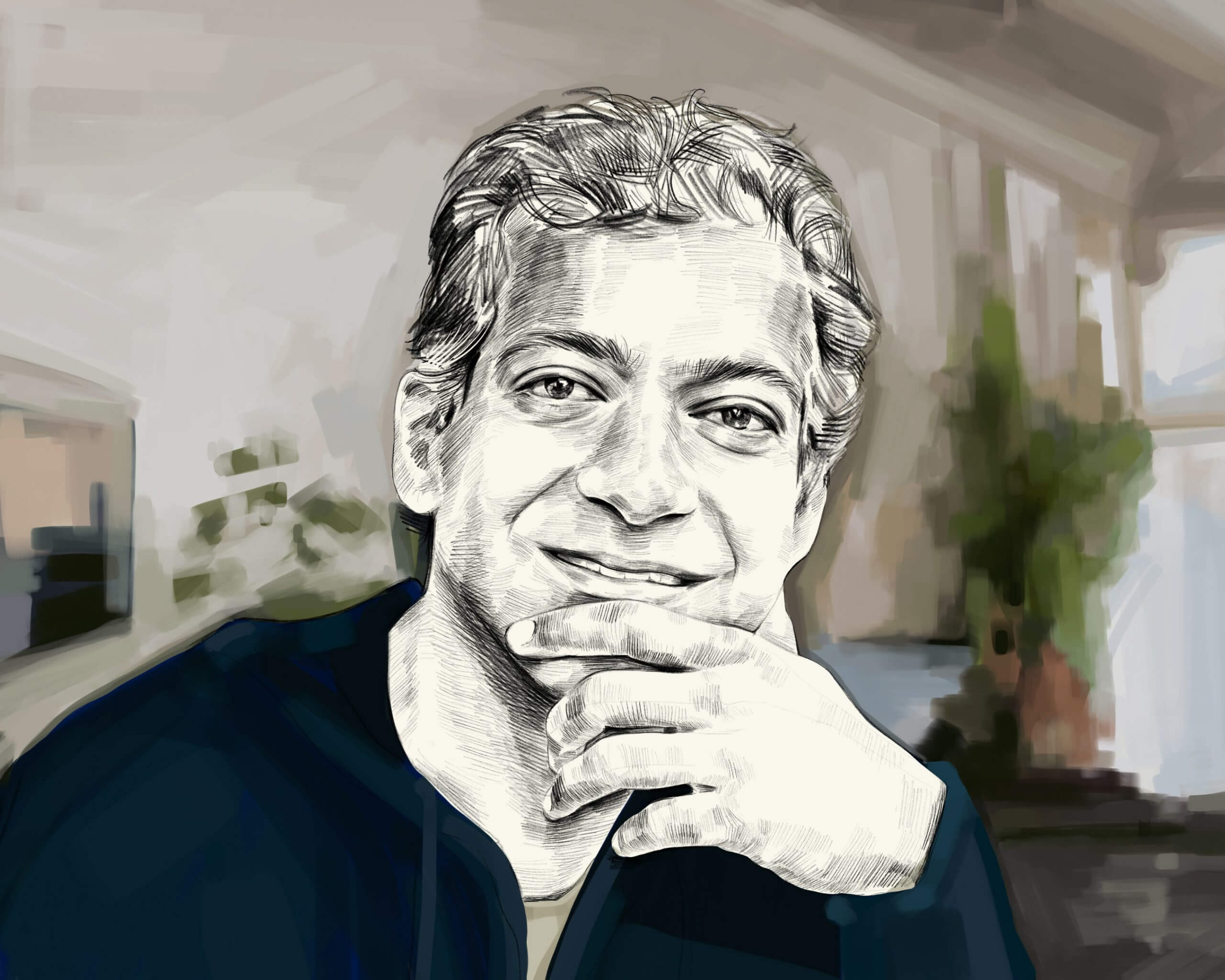 Who is Naval Ravikant?

Why does he think education is extended day care?

What is the one thing about education he disagrees with everyone on?

Is there a problem with his famous ‘How To Get Rich’ Tweet storm and podcast series?

Who is Naval Ravikant?

Naval Ravikant is an Indian-American entrepreneur and investor, having Founded AngelList in 2007 (amongst other companies). He’s a prominent Silicon Valley figure who burst onto the global scene in the last couple of years, particularly famous for his Tweet storm ‘How To Get Rich (Without Getting Lucky)’ and short-form podcast Naval, which turned the Tweet storm into an amazing podcast series.

In it he discusses concepts like leverage, wealth, and principles that would lead to material accomplishment in ninety-nine out of a hundred lifetimes if he were born again. They’re meant to be timeless.

He is widely revered and affectionately dubbed the Philosophical Investor because of, you guessed it, his deep philosophical themes that go beyond business and into health and happiness.

Naval is the latest thought leader being deconstructed on my *With Joe Wehbe* podcast series after unpacking Nassim Taleb, Peter Thiel and Alan Watts, where we apply notable and modern thinkers views on education, career, learning and life to today’s young people who live in an age with more exponential returns on offer.

Summaries of the podcast are done each week on **The Doorman** newsletter (run on Substack) if you want a short and concise link to all these published ideas and episodes. For now, let’s get into Naval…

Why does he think education is extended day care?

What is the one thing about education he disagrees with everyone on?

Is there a problem with his famous ‘How To Get Rich’ Tweet storm and podcast series?

The rest of this blog post will correspond to my episodes on Naval, and link to key resources.

What’s his opinion on the education system?

Completely obsolete. It’s an extension of daycare and clone of the prison system. The first universities in medieval times had guard towers that faced inwards.

Books were rare, knowledge was rare, childcare was rare, violence was common.

Now we have the internet… that is, if you have the desire to learn.

Exceptional people are built in solitude

He discusses the credentialing that people get out of university, how this will become less useful over time. It’s completely useless in some quarters already. At some point soon, it will be completely obsolete altogether.

Naval points out that you can gain credentials in other ways — examples include creating a prominent website, business or book from a young age.

In the eyes of Silicon Valley, it’s almost better to get accepted to Stanford but then drop out. Pretty funny right? But they use college for three distinct reasons — one-third signalling, one-third for alumni (the network) and perhaps one-third the actual learning. He says very specifically to the young person asking him for advice:

If you’re the kind of person that needs to question whether or not you should go to university, at least today in 2021 then yes, go to the university. On the other hand there are a small set of people who can’t stand the idea of wasting three or four years of their life in a university when they could be building something, but those people should not go to university.

But he has conditions:

The first part is interesting. Someone said to me last year ‘older people seem interested in your credentials, but younger people are more interested your story’. Older generations place more stock in qualifications, certifications, licences and degrees to ‘prove’ competency more than newer generations, who are moving away from this way of thinking (and thank heavens for that — credentials do not neatly equate to competency).

I think the second part is still suspect to be honest — there is a huge rise in alternate education solutions for coding, and critique on the quality of teaching in STEM, law and medicine. Learning doesn’t seem to be happening, it’s more about credentialing and qualification.

Naval points out that he’s acquired a sort of eloquence with speaking because of all the books he read when he was young, and that has given him major career advantages.

For his own kids, he says he would drill down on math, logic, English-speaking and computer science. ‘Everything else they can follow their natural curious instincts’ — but he thinks reading is foundational.

He thinks socialisation creates more problems than it solves, and that exceptional people are built in solitude. This is a fascinating and contrarian thought to unpack.

He makes good points around the opportunities to socialise virtually — we get this a lot in our work at the Constant Student — your high school friends or local community are not necessarily those who most stimulate your thinking or your interests.

Socialisation is actually the problem you’re trying to avoid, as opposed to the asset that you’re trying to bring into it. And I think it’s kind of pathetic how quickly we fall into saying school is for socialisation, ‘gee what about socialisation?’, we’ve abdicated this idea that it’s the ebst way to educate your child… it’s a combination of one-size-fits-all education, compliance training, daycare and I would argue, socialisation and the worst kinds… false little Lord of the Flies style worlds.

He says it’s all nonsense, and we all remember the shock of leaving that bubble. We refer to this as the 18 & Lost effect.

He points out that homeschooled kids tend to outperform private school kids (on what, I don’t know) and even totally uneducated kids are at worst one grade behind, but catch up very quickly at college. There’s a great book by Tara Westover about her life called Educated where she, as a completely uneducated young person eventually made her way into college and then became a distinguished academic. I assume the appetite for learning is more powerful than simply being school.

So his conclusion is he thinks school is mainly about daycare, a group prison camp, where you put your hand up to go to the toilet and are told the wrong things. He thinks it’s terrible, but that most parents don’t have a choice because they’re busy working and we don’t live in tribal society.

The kid ends up bored and compliant with all the curiosity stamped out of them. They use that time to build a social life because there’s not much else to do.

What would Naval Ravikant do with his kids?

He would consider abdicating schools altogether because he sees that exceptional characters are built in solitude, and that the socialisation we emphasise with schooling is actually the problem. Socialisation can be triggered through other means, especially some online alternatives.

He would give them core things to learn like basic literacy, foundational math, logic, computer science and now probably Web3.

Reading: He would get them to read what they love until they love to read.

Not too deliberate: His approach is not forceful, not over calculated or over-optimised.

His advice to parents who don’t have the same means as him is to i) form a homeschooling network, ii) live as tribal a life as possible and iii) if not, go to the best school you can.

What do you learn?

Memorisation is obsolete. Why do you need to learn all these extraneous facts? Naval points out that we’re still used to the pre-Google times and are continuing with what we’ve always done.

He criticises the rungs of learning, the stage-based system just like Alan Watts. When you don’t understand the fundamentals, you resort to memorisation which is not real learning. What most people call the learning that happens in schools and colleges is memorisation — and it’s a lie.

Learn the basics in all the fields and then learn them again, over and over, because that’s what you do in life.

We teach all these kids calculus and they walk out not understanding calculus!

How to change it?

Not by taking the existing thing and reworking it, but by creating something new.

Naval says that hard work is useful, but it normally proceeds from something else — he sees a lot of people working hard for it’s own sake.

‘We live in an era of infinite leverage’ — our tools amplify and so hard work is a different concept, judgement matters more. In an episode with Kapil Gupta, Kapil talks about this pattern where hard work, like meditation which is now fashionable to many, becomes its own game. It becomes its own goal which seems to be the pattern behind things.

Kapil also talks about how it introduces a gap. ‘Society seems to value effort’.

Check out the next post for a breakdown of Naval’s ‘How To Get Rich’ podcast series!