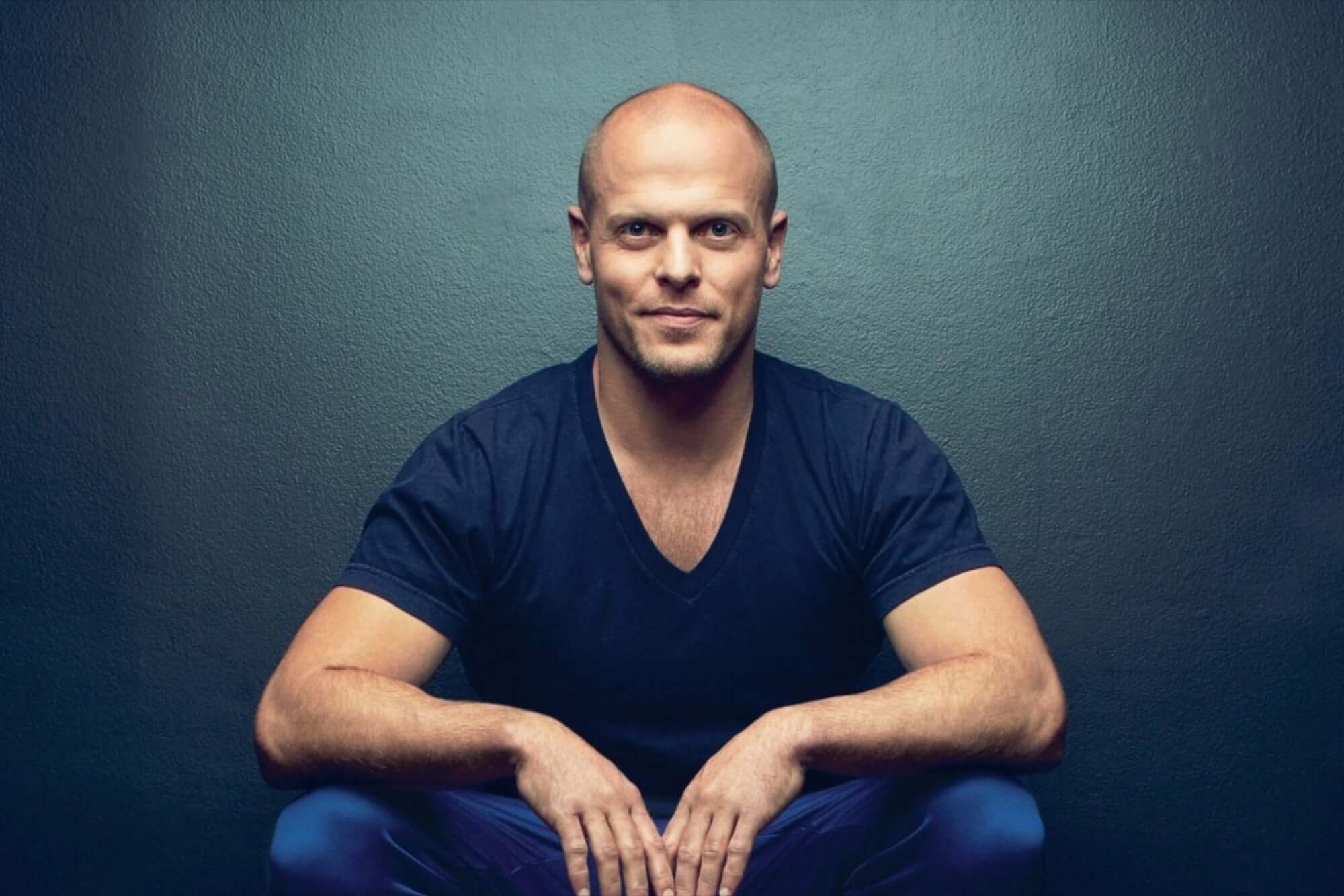 My 9 Biggest Takeaways From The 4 Hour Work Week

This corresponds to the With Joe Wehbe Podcast series unpacking Tim Ferriss’ ideas on learning, early career and life. His famous breakout book, The 4 Hour Work Week has shifted the way a generation think about work, retirement, business and life.

While it has its shortcomings in very specific respects — and Ferriss discusses this — it is a key resource for a lot of big dreamers out there. I was one of those people who really got permission to think differently thanks to this book. This post unpacks my big takeaways, and the themes that the book unpacks:

Definition, Elimination, Automation, and Liberation are the four stages that Ferriss runs through.

Test Your Assumptions About Work And Life

Three powerful questions to overcome your assumptions about work and life

Treat life as if everything is negotiable

I have to labour away at this for years.

I have to do this thing I don’t enjoy.

I have to put up with this hollow feeling every morning before I start the day.

I have to study for this many years before I can do this. I need to gain experience.

A negotiation always has trade-offs, but you can manipulate the situation. Most people accept the reality they’re faced with, but if we’re lucky, circumstances challenge our assumptions for us.

For example my assumptions about real estate were that I had to go on this journey before I could start working across businesses and across projects, before I could work on something like education.

Someone else in the same situation today should work harder to bring a side project on a passion like this into their life there and then. Now I hear those people who are saying ‘but I need to do this and I need to do that’. I’ve felt that way too and it always happens when you’re in the middle of it.

Never trust in full your judgement when you’re in the middle of a life situation — your current job, your current project, your current mental state. You will never be able to see it as clearly as when you’ve ‘emptied the Bucket’ and look at it from a distance.

In 2018 I took a trip in the midst of my real estate business which helped me think much more clearly about what had to be done — it was probably the best thing for me and the business at that time, even though it was a holiday.

Life’s too short not to be intentional, not to take these mini-retirements or spend time deeply thinking about this.

I find this ties in well with the idea of the Minimum Viable Lifestyle.

Be effective, not efficient

Tim Ferriss is big on the 80/20 rule and the Mexican Fisherman Parable.

He also suggests time management is quite obsolete — the trap is trying to be productive on unimportant things. These should be eliminated, not indulged or managed.

There’s a famous video of Warren Buffett and Bill Gates boasting about their empty calendars and schedules, how they maximise time to think above anything else and hate giving away time to meetings and other nonsense. Ferriss is similar, who admits he doesn’t work like clockwork all day long, but actually fluffs around a fair bit.

A lot of young people are just in the mode of reacting to what they think they should be doing. It’s a long an arduous lesson learning that most things you’re doing are a complete waste of time, you could be doing way more but people take their sweet time learning that. I certainly did.

Don’t be the boss or the employee… be this instead

Be the owner, he says. Own the trains and make it someone else’s job to make sure they run on time.

Everyone can do this today with the arbitrage of workers from overseas and automation tools (example of a podcast version here). With every minute that passes the leverage you can access gets better and better as these tools improve.

Quick note — check out the series on Tim Ferriss on Youtube or wherever you get your podcasts.

The importance of specific dreams and ‘dreamlining’

I like this way better than goals. I have this emotional opposition to the word goals because most of the time I hear it used, it feels like it’s coming from a place of narrowing and forcing onself towards something. It normally feels like an attempt at certainty, towards becoming a certain type of person.

Einstein, Jobs, Coco Chanel, Oprah Winfrey, Da Vinci… I can’t see them having quarterly goals. I think of it more as having a compass and understanding if you’re headed towards that North or not, checking to see what direction that is after you’ve had your head down for a while.

Most material wants are just justifications for spending time on things that don’t really matter. Example — you can probably make more money by doing half of what you’re doing right now.

Dreamlining shifts from ambiguous goals to defined steps, and the goals have to be unrealistic in nature. Remember that reality is negotiable, so something ‘unrealistic’ is just relative to a current version of reality. Remember the Four Minute Mile story.

In the book he points out that people really struggle to define these dreams.

The importance of looking for loopholes

‘In 1999, sometime after quitting my second unfulfilling job and eating peanut-butter sandwiches for comfort, I won the gold medal at the Chinese Kickboxing National Championships. It wasn’t because I was good at punching and kicking. God forbid. That seemed a bit dangerous, considering I did it on a dare and had four weeks of preparation. Besides, I have a watermelon head— it’s a big target.’

‘I won by reading the rules and looking for loopholes, of which there were two:

1. Weigh-ins were the day prior to competition: Using dehydration techniques I now teach to elite powerlifters, I lost 28 pounds in 18 hours, weighed in at 165 pounds, and then hyperhydratedback to 193 pounds.3 It’s hard to fight someone from three weight classes above you. Poor little guys.

2. There was a technicality in the fine print: If one combatant fell off the elevated platform three times in a single round, his opponent won by default. I decided to use this technicality as my single technique and just push people off. As you might imagine, this did not make the judges the happiest Chinese I’ve ever seen. The result? I won all of my matches by technical knock-out (TKO) and went home national champion, something 99% of those with 5-10 years of experience had been unable to do.’

Classic. Most people never look for what Alex Banayan calls ‘The Third Door’. They rather wait in line… why?

In general, there are but two questions:

But here’s some more:

The guide to becoming an ‘Expert’

I love this because people underestimate how short the path is to being able to provide big value for others.

How Tim Would Have Updated The Book Today

See his podcast episode and transcript here. My notes are below.

“There are parts of it that make me cringe little bit, not that I regret having written it the way that I wrote it, but the 29-year-old Tim Ferriss felt like he had a lot to prove, and he did have a lot to prove.”

“I would expand a section that I think gets overlooked a lot. There is a section or chapter called “Filling the Void,” and it’s a really, really important chapter that most people don’t pay much attention to.” (about what to do once you’ve created space).

“And the people who lodge that complaint either haven’t read the book or they very specifically have missed this “Filling the Void” chapter which talks about contribution and getting outside of a me-me-me focus so that you’re, hopefully, putting a positive dent in the world in a way that certainly extends outside of yourself and your immediate family but also, hopefully, has some type of persistence over time so that you leave – I hesitate to use the world because it’s so loaded and has some baggage – a legacy of some type.”

“It’s very rare that you find someone who’s been in 6th gear for a very long time who then retires and is really good at chilling the fuck out. It’s not common.”

“Learning to relax, enjoying other aspects of life, and engaging with people around you – friends and community – or building community are skills that you have to practice and develop, just like you need to develop and practice the skill of split testing for headlines or anything else. It’s not a default ability that you have as soon as you hit Stop and retire or do something like that.”

One thing he did was diversify his identity, e.g. moving to Austin.

Recommends having some sort of physical, goal-based activity.

The importance of Stoicism for a competitive advantage.

How Has Tim Ferriss Evolved Since The 4 Hour Work Week?

For years after his breakout book he was pursuing the wrong goals. He found that his ‘4 Hour’ books helped him tick the boxes of per-hour output, being healthier, but these didn’t make him happier.

Peace-of-mind, he realised, was the true success. He knows a lot of rich people who are utterly miserable.